Ambassador of Angola to the United States 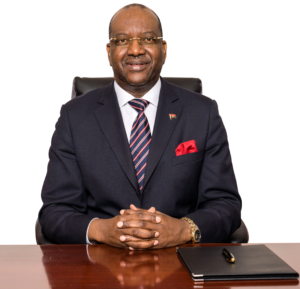 Prior to that, Ambassador Espírito Santo served in various senior positions in Angola’s Ministry of External Relations, including as the Director for Europe and as Director for Africa, Middle East, and Regional Organizations. Throughout his career, Ambassador Espírito Santo has represented Angola as part of several high-level international delegations and in bilateral and multilateral negotiations, including at the African Union and the United Nations. He is also an accomplished lecturer, having presented around the world on issues related to African development, peace, and security.

Ambassador Espírito Santo holds a degree in economics from Agostinho Neto University (Luanda, Angola) and a master’s degree in political science from the School of Advanced Political Studies (Paris, France). He is multilingual, speaking Portuguese, English, French, Spanish, and some African languages.